Source: How to Disable Root Certificates in Android 11 & Why You Should Care

Android 11 comes with an improved user interface and warnings for certificate management. Here is why it matters so much and how you can disable it.

Android 11 will now come with an improved user interface and warnings for certificate management. The step could be seen as the response to the cropping up of various controversies regarding data harvesting in recent years. The disputes involved the companies that use root certificates for collecting and tracking data from smartphones. It has been allegedly said that federal law enforcement and government agencies might be involved in monitoring the data of the users with some analytics tool that collects the data from mobile applications. Meanwhile, the consumers are concerned about the occurrence of data harvesting cases and reports related to it nearly every month.

The consumers are willing to know what type of data is collected by the apps and which apps are collecting their data. Amidst all, even applications such as ad-blockers and VPNs have also started to lose the trust of consumers. Yet though the apps such as VPNs are known for a firewall for privacy. For instance, according to an investigation which was done recently, it was found that at least 20 ad blockers and VPNs application, which was available on both iOS and Android, was involved in sending online information regarding the famous analytics Firm, Sensor Tower. It was also highlighted in the investigation of how these applications were using the privileges of root certificates for gathering the online information of the users.

Now, Electronic Frontier Foundation has reported that looking into the new cases of data harvesting, Google is rolling out improved warnings and user interfaces for certificates to protect the privacy of the users. However, the option for disabling the root certificates was already available for users previously also. Still, the improved user interface will help them to get the warnings in a more explicit language. The latest updates have removed the word of the weak warning, and now the users will get a clear signal which is backed with standard risk symbol also. 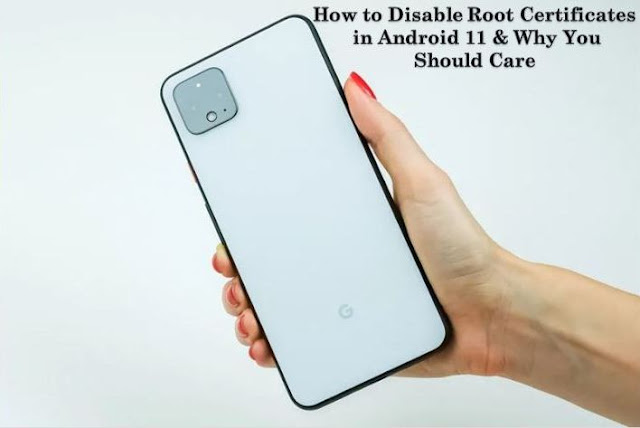 How to disable root certificates, and what can they do?

If the users are installing a new root certificate manually, which is other than the trusted ones that your browser or OS accepts and that too at the request of a website or an app developer, then you are at high risk.  The installation of root certificates in such a way can provide access to the complete online information of the user to the service or app owner, bypassing encryption rules. On the other hand, the installation of trusted certificates is always helpful in detecting malicious activities done by any application.